UP-FRONT GROUP Wiki
Register
Don't have an account?
Sign In
Advertisement
in: 2001 Births, October Births, Blood Type B,
and 4 more

Up Up Girls (Kakko Kari) Info

@uugkari_new_yume
Aoyagi Yume (青柳佑芽) is a member of Up Up Girls (Kakko Kari). She joined the group on December 17, 2020 as a new member alongside Furuya Yurika, Suzuki Meina, Kudo Sumire, Suzuki Ayu, Koyama Seina, and Sumida Haruka.

On December 17, it was announced that she had joined Up Up Girls (Kakko Kari) alongside Furuya Yurika, Suzuki Meina, Kudo Sumire, Suzuki Ayu, Koyama Seina, and Sumida Haruka.

On July 31, it was announced that Aoyagi Yume had been confirmed to be infected with COVID-19. She had a fever during a routine temperature check at the studio, and after taking a PCR test at the hospital, she ended up testing positive for the virus. Her physical condition was stable and she would concentrate on her treatment under the direction of health centers and medical institutions.[1]

On August 21, it was announced that it had been over 72 hours since Aoyagi Yume's COVID-19 symptoms had alleviated, and the PCR test she took afterwards had a negative result. Due to her recovery, she resumed activities starting on August 22.[2] 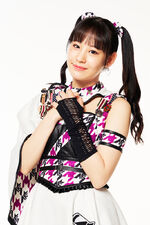 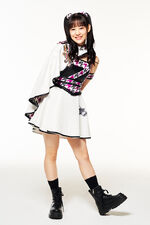 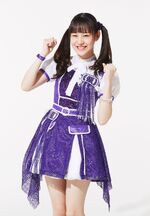 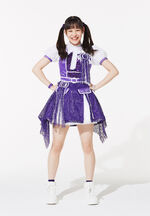 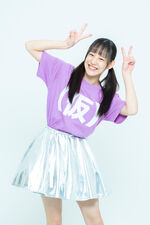 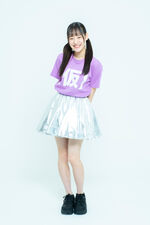