UP-FRONT GROUP Wiki
Register
Don't have an account?
Sign In
Advertisement
in: 1991 Births, April Births, Members from Lima,
and 12 more

@eric.fukusaki
Eric Fukusaki (エリック・フクサキ), also simply known as Eric (エリック), is a Peruvian singer-songwriter based in Japan. Before he became a soloist, he was a member of the unit ALMA KAMINIITO.

In 2008, Eric participated in four different singing competitions and successfully won all of them.

On February 21, Eric was selected to participate in the 1st Forest Award NEW FACE Audition along with 13 other acts, which he and Munehiko won the Special Award.

Later in 2011, Eric and Munehiko were announced as members of a new unit under UP-FRONT AGENCY's SATOYAMA movement named ALMA KAMINIITO.

On April 4, Munehiko left ALMA KAMINIITO and Eric became the sole member of the unit.[2]

On December 4, Eric announced on Facebook that he would debut as a soloist in spring 2014, thus discontinuing his activities as ALMA KAMINIITO.[3]

On August 19, he released his second single "Ai Yai Yai! / Ikanai de Senorita", which is Eric's first release to feature lyrics and compositions written by himself.

Eric wrote his first song for another artist, "Peanut Butter Jelly Love" for Country Girls' fifth single, which was released on February 8.[4][5] Eric composed the music and co-wrote the lyrics with Miura Yoshiko.

On October 4, he released his third single "Kazaranai Uta".

On October 25, Eric's agency J.P ROOM announced that he would be taking a break from activities due to sudden poor health.[7]

After several months with no update, Eric finally reported on March 27 that his health had returned to normal. However, he also announced his decision to end his exclusive management contract with J.P ROOM on March 31. From April onward, he would continue his solo career freelance without an agency for the time being, but would continue working with J.P ROOM as a songwriter.[8][9]

On May 4, Eric released the official music video for his original song "Holy Moly" to his new YouTube channel.[12] He had originally written the song in 2018, but plans for releasing it were scrapped due to his sudden decline in health and subsequent departure from J.P ROOM.[13]

On May 7, he released a promotional video for his brand new original song "Take Me High" in preparation for his upcoming debut as an independent soloist.[14] The song was later released through Spotify on May 9.[15][16]

On March 19, it was announced that Eric composed the music for "Ai Mashou" off of ANGERME's 30th single set to be released on May 11.[17] This marks the third song he has composed for a Hello! Project group, and the first since his own departure from J.P ROOM. 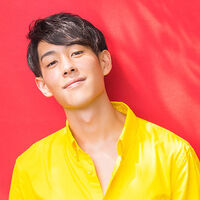 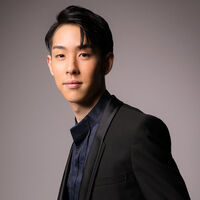 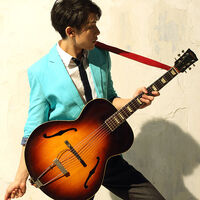 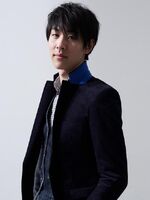 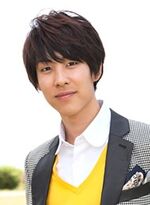 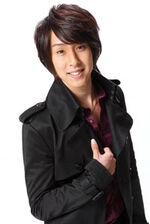