In addition to their stand-up, the duo often work together or individually as MCs for various events related to UP-FRONT or Hello! Project.

While attending Kanagawa Prefecture Sumiyoshi High School, Sawayaka Goro (whose real name is Okami Tokihide), Suzuki Keita, and six other members from the soccer club formed a comedy group named "Okami Gundan" whenever there was a school festival.[1] In their third year, the rest of their classmates left the group one by one with only Sawayaka and Suzuki remaining.[2]

In April 2003, Sawayaka and Suzuki officially formed as a comedy duo under the name Joujou Gundan. They were originally signed under K-UP PROMOTION, an agency that would later be absorbed by UP-FRONT AGENCY as their comedy department.

On November 17, 2007, Joujou Gundan competed on NHK's Bakusho On-Air Battle, a weekly TV program which 10 to 12 different comedy acts performed a five minute skit and were ranked by "kilo battles" (KB).[3] KB was weighed by 100 judges dropping golf balls into a bucket sitting on a digital scale, and the five acts with the highest KB would have their skit aired on the edited TV broadcast. Joujou Gundan received the perfect score of 545KB, becoming the third comedy act in the history of the program to do so, behind Masuda Okada and former UP-FRONT AGENCY duo Time Machine 3gou.[3]

In late 2012, they were transferred from UP-FRONT AGENCY to J.P ROOM.

In April 2016, Joujou Gundan became the new hosts of the long-running music program saku saku on TV Kanagawa (tvk) with Suzuki also providing the voice for the puppet character Ponmop.[4] The show ended on March 31, 2017.[5][6]

In December 2016, Joujou Gundan collaborated with ANGERME to promote Morinaga DARS's "Dars no Hi" on December 12.[7] They released a web video series in which they cooked with DARS chocolate.[8]

On January 15, 2021, it was revealed that both Sawayaka Goro and Suzuki Keita had tested positive for COVID-19. Both members visited a medical institution in Tokyo to take a PCR test for the virus after Sawayaka Goro started feeling unwell. Sawayaka and Suzuki are both individually receiving medical treatment in their homes under the direction of the health center.[11] They both resumed activities on February 5, 2021 after returning to good health.[12] 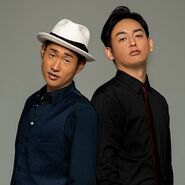 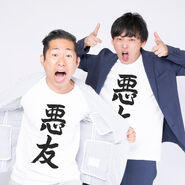 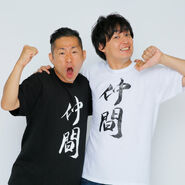 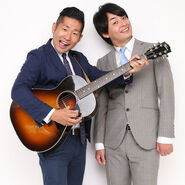 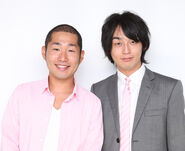