UP-FRONT GROUP Wiki
Register
Don't have an account?
Sign In
Advertisement
in: 1994 Births, April Births, Members from Tokyo,
and 10 more

In 2011, Kobayashi was a finalist in Seventeen magazine's annual Miss Seventeen contest to become an exclusive model, but did not win.[1]

In late 2015, Kobayashi participated in the second recruitment of the 2015 Natsuyaki Miyabi Shin Group Member Audition and passed into the final round.

In March, in the Upcoming broadcast of the Natsuyaki Miyabi Shin Group Member Audition, it was revealed the Kobayashi was one of the two finalists alongside Nihei Yuuka.[2]

On April 1, she and Nihei were both announced as the winners and had become members of Natsuyaki Miyabi's new group.[3] The group's name was later announced as PINK CRES. on August 25 at Buono! Festa 2016, where they were guests and performed in concert for the first time.[4]

On June 10, it was announced that Kobayashi would star in Fuusen no Yukue, SKY PerfecTV!'s 18th Twitter morning drama series posted every day from June 17 to June 22.[5]

On March 19, it was announced that PINK CRES. would be disbanding on June 30. Around the end of 2020, Kobayashi Hikaru and Nihei Yuuka discussed with Natsuyaki Miyabi about graduating from the group and, as result of the discussions and the staff respecting their decisions, the group would be disbanding on June 30 with Kobayashi and Nihei also leaving UP-FRONT CREATE. Kobayashi planned on working in the fashion industry in the future.[6]

Kobayashi has an older brother,[7] and her family has a dog named Coco.[8]

When Kobayashi joined PINK CRES. she was is in her last year of university. Her graduation thesis was a psychological study on how the shape of eyebrows and the space between the eyebrows and the eyes can change impressions.[9][10] She graduated from university on March 22, 2017.[11]

Kobayashi's given name Hikaru is written in full hiragana, but it is derived from the kanji 光 meaning "light". 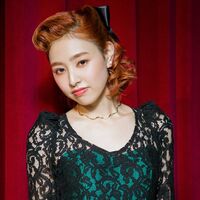 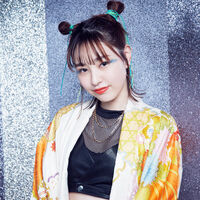 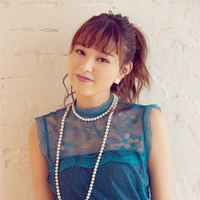 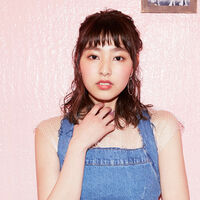 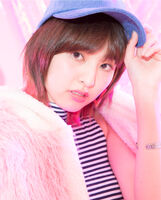