UP-FRONT GROUP Wiki
Register
Don't have an account?
Sign In
Advertisement
in: 1993 Births, April Births, Blood Type A,
and 9 more

@mofu_mofu_mofuo
Miyazawa Marin (宮澤茉凛) is a Japanese musician. She is currently a guitarist in the girl band One Year Later. She was formerly a member of pop-rock band LoVendoЯ and the unit Love Bitter EX.

In 2012, Okada participated in the "Tanaka Reina to Band Yaritai Joshi Member Daiboshuu" audition and successfully passed. On November 18, she was announced as a member of Reina's Band, later named LoVendoЯ, as a guitarist.

In May 2015, she and Uozumi Yuki both starred in a commercial titled "Keiri Man" for the software company Miroku Jouhou Service.[1][2]

Starting from April 1, 2017, she became a regular on the ANIMAX show Game★Maniacs.[3]

On December 20, 2017, Miyazawa was announced as a founding member of the UP-FRONT esports club.[4]

On March 31, 2019, she made a surprise appearance in the Hello! Project 20th Anniversary!! Hello! Project Hina Fes 2019, playing the guitar for BEYOOOOONDS' "Atsui!" performance.[6]

Her last live, titled Miyazawa Marin Last Live Shin'en no Kikan ~Subete no Hito ni Kansha wo Komete~, was held on July 30, 2019 at SHIBUYA TAKE OFF 7 with former LoVendoЯ member Uozumi Yuki as one of the supporting guitarists.[8] Former LoVendoЯ vocalist Okada Marina also appeared at the live as a guest.[9]

On August 31, 2019, Miyazawa announced that she would begin performing with the band One Year Later.[10] 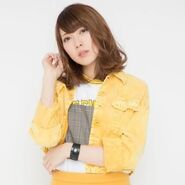 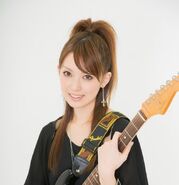