UP-FRONT GROUP Wiki
Register
Don't have an account?
Sign In
Advertisement
in: 1978 Births, October Births, Members from Yamaguchi,
and 6 more

@takuinakajima1978_staff
Nakajima Takui (中島卓偉), is a singer-songwriter, guitarist, lyricist, and composer formerly under J.P ROOM. He made his debut as an artist on October 21, 1999 with his single "Triangle".

After graduating from middle school in 1994, Nakajima moved to Tokyo. On the same year, he formed the visual kei band MAGGIE MAE with two other people. After MAGGIE MAE disbanded in 1998, Nakajima was signed under Sony Music Entertainment Japan in 1999 and made his debut as a soloist on October 21, 1999 with his first single "Triangle" under the stage name TAKUI.

Following his debut, he was switched to Nippon Columbia, releasing his first album NUCLEAR SONIC PUNK under the OPTIMUM RECORDS label. After his contract with Nippon Columbia ended in 2003, he joined UP-FRONT in 2004 the following year and signed under the zetima label. As of March 2006, he now is credited by his real name.

On January 27, 2017, Nakajima announced a new single titled "Waga Ko ni Sasageru PUNK SONG". Along with that announcement, he also announced he was married and had a son recently born who the single was dedicated to.[1][2]

On February 14, 2022, it was announced that Nakajima Takui's contract with J.P ROOM and UP-FRONT GROUP would be terminated on March 31, 2022. He has been signed with the zetima label since 2004, and under J.P ROOM's management since 2010. After repeated discussions with the agency regarding his future activities since the end of 2021, they decided on an amicable split. Nakajima plans on walking on his own as an independent singer-songwriter.[4] 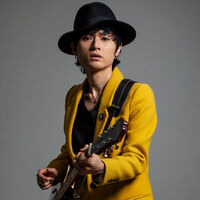 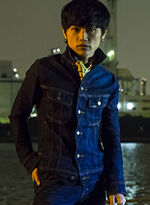 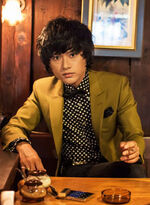 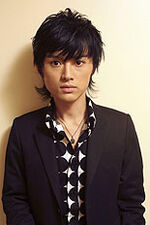