UP-FRONT GROUP Wiki
Register
Don't have an account?
Sign In
Advertisement
in: 1995 Births, October Births, Members from Tokyo,
and 11 more

@niheiyuka.official
Nihei Yuuka (二瓶有加) is a Japanese actress, talent, and model under Just Production as of 2022. She is also a former pop singer under UP-FRONT CREATE as a member of PINK CRES..

In the summer of 2015, Nihei joined a dance team and performed at a showcase.[2]

In late 2015, Nihei participated in the second recruitment for the 2015 Natsuyaki Miyabi Shin Group Member Audition and made it to the final round.

In March, in the Upcoming broadcast of the Natsuyaki Miyabi Shin Group Member Audition, it was revealed the Nihei was one of the two finalists alongside Kobayashi Hikaru.[3]

On April 1, she and Kobayashi were both announced as the winners and had become members of Natsuyaki Miyabi's new group.[4] The group's name was later announced as PINK CRES. on August 25 at Buono! Festa 2016, where they were guests and performed in concert for the first time.[5]

Nihei choreographed the dance for "fun fun fun" from PINK CRES.'s first indies album crescendo which was released on June 28.[6]

On September 24, Nihei Yuuka was cast for the role of Tsuru Hana in a theater adaptation of the video game NieR: Automata. The stage play was titled Butai Shoujo Yoruha Ver1.1a, and ran from December 3 to December 6, 2020.[7]

On March 19, it was announced that PINK CRES. would be disbanding on June 30. Around the end of 2020, Kobayashi Hikaru and Nihei Yuuka discussed with Natsuyaki Miyabi about graduating from the group and, as result of the discussions and the staff respecting their decisions, the group would be disbanding on June 30 with Kobayashi and Nihei also leaving UP-FRONT CREATE. Nihei planned on studying acting and becoming a stage actress in the future.[8]

On January 14, she announced that she had signed with Just Production as an actress, talent, and model.[9]

When Nihei joined PINK CRES. she was is in her third year of university. She planned on graduating a year early,[10] but as of April 2017, she was in her fourth and final year.[11]

The kanji in Nihei's given name Yuuka means "existence" (有) and "addition" (加). 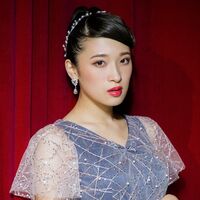 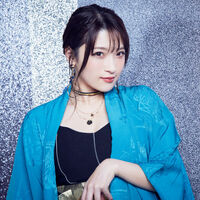 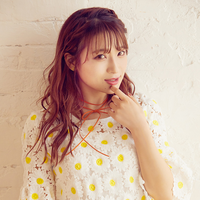 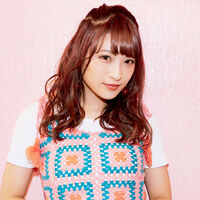 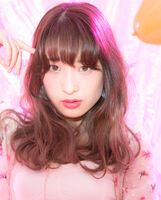