UP-FRONT GROUP Wiki
Register
Don't have an account?
Sign In
Advertisement
in: 1998 Births, February Births, Members from Hokkaido,
and 8 more

@uug_wrestling_hikari
Noa Hikari (乃蒼ヒカリ), formerly known simply as Hikari (ヒカリ), is a member of Up Up Girls (Pro Wres).

On August 12, it was announced that she had become a member of Up Up Girls (Pro Wres) under the stage name Hikari, alongside Raku, Hinano and Miu.

On December 31, she changed her stage name from Hikari to Noa Hikari.

On September 9, it was announced Hikari would start a crowdfunding campaign for her solo project "HIKARI NOA Solo Project".[2][3]

On December 10, Hikari released her first solo song "I'm Alive", which was born from her crowdfunding campaign "HIKARI NOA Solo Project".[4] On December 16, "I'm Alive" was released as a CD single exclusively through Tower Records, and a photobook under the same title was also produced from the campaign.[5] 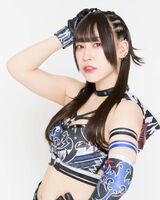 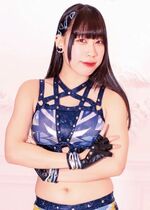 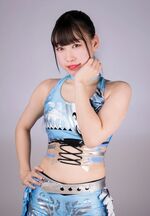