UP-FRONT GROUP Wiki
Register
Don't have an account?
Sign In
Advertisement
in: 1991 Births, July Births, Members from Tokyo,
and 11 more

As of late 2016, Uozumi is working as a freelance musician.

In 2008, Uozumi and 4 other members joined together to form a band called MistySpiral. They made their first live performance in January 2009. The group disbanded in December 2010. During that time, the group only released one digital single.

On November 18, she was announced as member of Reina's Band, later named LoVendoЯ, as a guitarist.

In May, she and Miyazawa Marin both starred in a commercial titled "Keiri Man" for the software company Miroku Jouhou Service.[1][2]

On July 23, Uozumi announced her graduation from LoVendoЯ.[3][4] She graduated on September 16 after the LoVendoЯ LIVE 2016 ~CHALLENGEЯ!~, and cut ties with UP-FRONT CREATE afterwards.

Since her departure, Uozumi became a freelance musician, starting with the YOUNG GUITAR × Marshall Girls Play LOUD! ~Hard Rock & Heavy Metal Tribute Session~ at the 2016 Gakki Fair on November 7;[5][6] she was a special guest at the BLUES ALLEY JAPAN 26th anniversary FUNKESTRA live! with NUDYLINE & WODDYFUNK on November 26,[7] she was a supporting guitarist at the and the TOKYO FUNKY GIRLS Showcase vol.52 on November 30;[8] and she was a guest at the FUNKESTRA extra X'mas special live! on December 18.[9]

On November 3, she announced that she would be getting married and her activities would slow down for the next month as a result.[15] 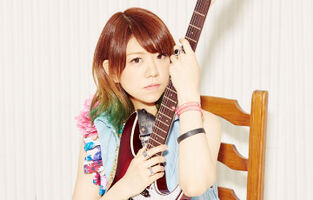 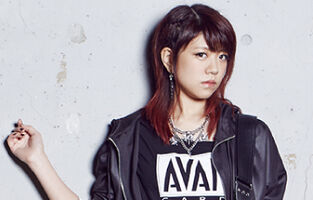 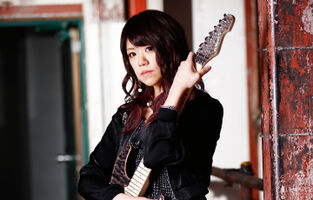 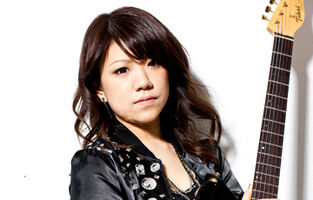 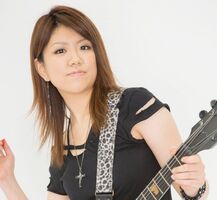 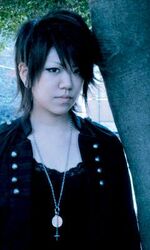